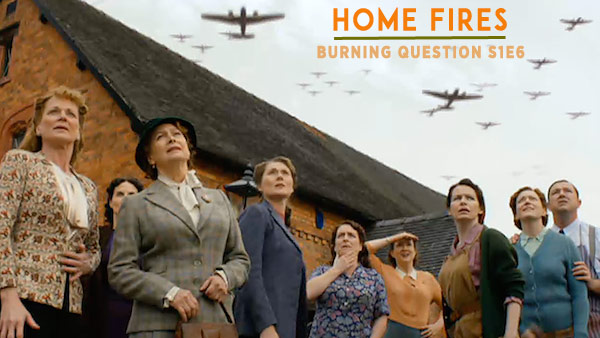 Welcome to this week’s “Home Fires” Burning Question! Before reading and participating in the poll, do note that there are many spoilers ahead. This episode of Home Fires is available to watch online through Thursday, April 7, 2016.

With the war raging on, those in Great Paxford are doing their best to keep localized conflict at a minimum and well-intentioned initiatives in focus. The first task at hand is for Frances and the rest of the Women’s Institute to work on raising funds for The National Federation’s ambulance campaign.

“Looking back at the last nine months, I can’t help but feel immensely proud about how far we’ve come,” said Frances while addressing the W.I. membership. “Each and every one of you have worked tirelessly to support me and inspire members with new projects and initiatives. We’ve made a valuable contribution, ladies, a valuable contribution. But, we cannot rest on our laurels.” 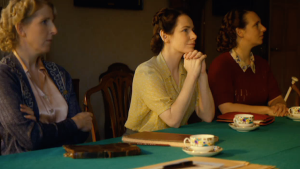 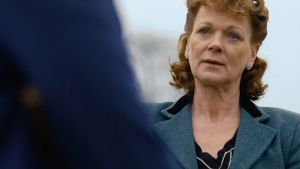 The goal of the ambulance campaign is to make it possible to have such emergency vehicles available to villages like Great Paxford once the war gets closer. Taking this endeavour tremendously seriously, Frances has committed her W.I. to raising £50. Needless to say, this high amount initially draws ire from the women around the table, but soon enough, the collective start drumming up ideas that should make coming up with £50 a bit easier.

As much as the fundraising is a daunting, time-consuming task, members of the W.I. are still dealing with other external dramas. Frances takes issue with Sarah regarding invasive questioning of her home life; Alison’s forced-upon-her, yet shady accounting practices lead her to a failed suicide attempt; Dr. Will Campbell and wife Erica comfort their daughters with regards to Will’s medical issues; Pat deals with Bob becoming a war correspondent; while the Brindsley’s are on edge regarding David’s mysterious status in the military. 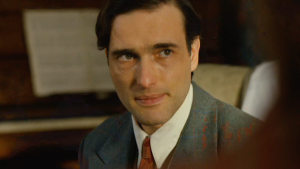 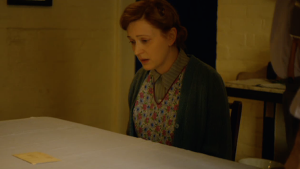 Amidst all this, Frances is controllably concerned about whether or not she and the W.I. will be able to raise £50. Thus, she attempts to get Joyce to rejoin the W.I. and use her profile to persuade folks into making donations. Unfortunately for Frances, Joyce’s husband has decided to move them out of Great Paxford until the conflict calms down, thus Joyce won’t be able to get involved. Joyce seems reluctant about leaving, but has agreed to follow her husband.

What Frances doesn’t bank on, however, is that Alison’s failed suicide attempt will ultimately benefit her need to raise money. During the fundraiser, Teresa and Alison covertly drop a large sum of money (acquired from the bad business Alison’s been involved in) into the kitty. Soon enough, it’s revealed that the W.I. has sailed well past its £50 goal. 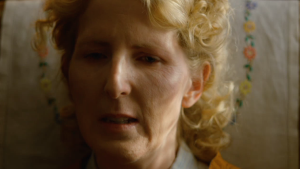 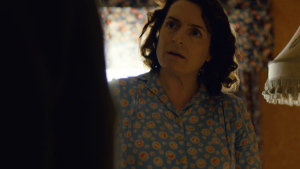 However, this good deed wasn’t great enough to rid Alison of all her problems as she is later arrested at home for fraudulent accounting and aiding and abetting tax evasion.

As uncertain as Alison’s future may be, the Great Paxford community is also facing a period of great change, as the skies soon become filled with fighter jets. As villagers look to the heavens to see objects of war above their heads, they can’t help but wonder how challenging their futures might be.

With that in mind, how do you think residents of Great Paxford will react to the heightened military presence around them? 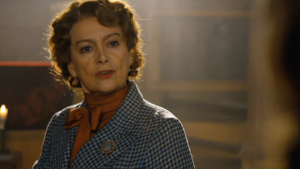 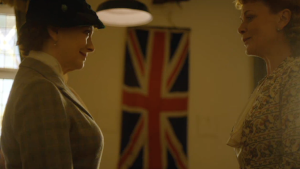 The second season of Home Fires is currently in the works.

Be sure to tune in at 9pm ET/6pm PT on Wednesday, March 16 for the VisionTV premiere of “The Crimson Field.”