Meet the Astronomers of "Star Men" 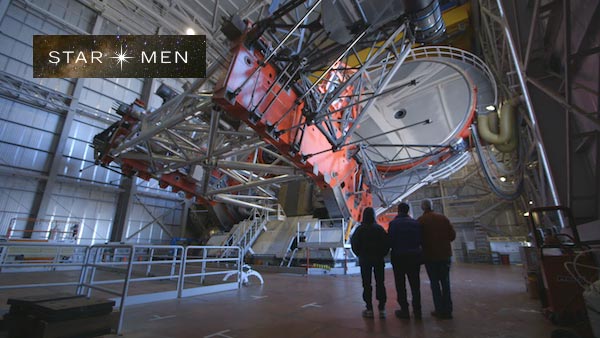 In “Star Men,” four exceptional astronomers celebrate 50 years of work and friendship on a road trip in the south-western United States, recapturing youthful adventures and recounting each other’s influences on the most exciting period in astronomy’s history: Roger the Instrument-maker, Donald the theorist, Nick the visionary, and Wal the observer. 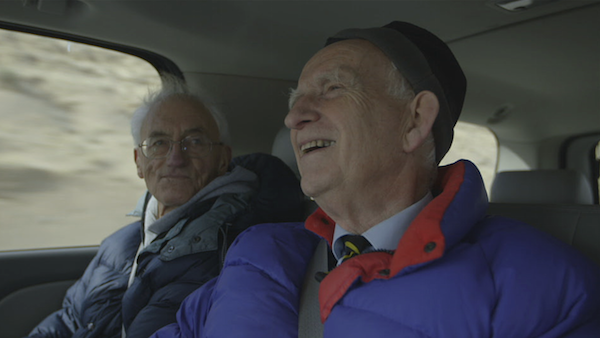 Born in 1935 in Dover, United Kingdom, Professor Donald Lynden-Bell has become best known for his research on the history and formation of galaxies.  He completed his undergraduate degree at the University of Cambridge, where he was primarily inspired by the writings of Arthur Eddington to pursue a career in astronomy. He also completed his doctoral thesis at Cambridge in 1960, under the supervision of Leon Mestel, on the subject of stellar and galactic dynamics.

Following his graduation, Donald was awarded a post-doctoral fellowship at the California Institute of Technology in Pasadena, California. There, he collaborated with Olin Eggin and Allan Sandage to develop a theory on the formation of spiral galaxies based on the motion of older stars within our own galaxy. Upon his return to England in 1965, he briefly returned to Cambridge, only to move on to a fellowship at the Greenwich Observatory. This is where he postulated, in 1969, that quasars, extremely bright and distant radio sources, are young galaxies powered by super-massive black holes accreting material.

In 1972, he became a professor in Astrophysics at Cambridge University, where he worked on a variety of astrophysical problems until his retirement in 2001. Notably, as a member of a group of astronomers nicknamed the “Seven Samurai”, he and his colleagues proposed in 1987 the existence of a “Great Attractor” after observing the movement of a large number of galaxies towards an area of space 250 million light-years away in the constellation Centaurus. In collaboration with his wife, Ruth Lynden-Bell, Donald also discovered in 1995 the Sagittarius stream by mapping the motions of several globular clusters in orbit around the Milky Way.

Since his retirement, Donald has continued to be active in astrophysical research, focusing primarily on describing astrophysical jets and general relativistic problems. 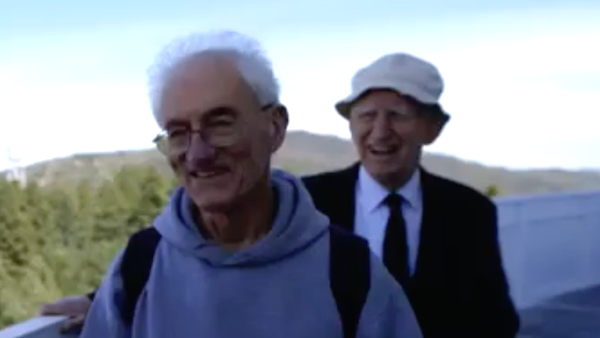 Professor Roger Griffin began his doctoral studies at Cambridge Observatories in 1957, where he has worked ever since, except for a year spent at the Palomar and Mount Wilson Observatories in California in the early 1960s. His main interests reside in the study of binary stars and their orbits, and his work has been instrumental in advancing the precise observation of the spectra of stars.

In 1967, Roger designed an instrument that would quickly and precisely measure radial velocities, that is, the shift in spectrum indicating motion towards or away from the observer. This instrument, called the photoelectric radial-velocity spectrometer, would pave the way to the discovery of extra-solar planets. The new method of observing spectra was met with much resistance by those used to using old methods of measuring radial velocities until about 1975, when Roger’s method became the standard.

A decade later in 1988, with collaborators James Gunn, B.A. Zimmerman, and his wife Elizabeth Griffin, Roger performed the most accurate radial velocity survey to date of a cluster of stars called the Hyades. This work would provide a reliable position of the Main Sequence, which was critical to calibrating the distance scale to far-off astronomical objects. With an improved version of his spectrometer and in collaboration with Kenneth Yoss, in 1997 Roger was able to determine that there are two populations of stars within the disk of the Milky Way.

In addition to his dedication to astronomy, Roger is also an avid runner. In 2003, he was able to complete the London Marathon in three and a half hours at the age of 67. 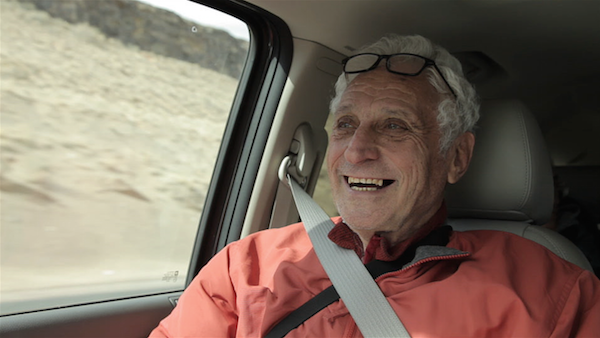 In 1959, Professor Neville “Nick” Woolf, received his PhD in Astrophysics from Manchester University. After his graduation, he moved to the United States, first to the Lick Observatory of the University of California, Santa Cruz, and then to the Princeton University Observatory in Princeton, New Jersey. In 1965, he became a National Research Council Postdoctoral Fellow at the NASA Goddard Institute for Space Studies, and in 1966, he was awarded the Alfred P. Sloan Research Fellowship at the National Academy of Sciences. In 1974, he became a professor at the University of Arizona, where he helped create the Mount Graham International Observatory.

His research interests have spanned a wide variety of topics, from the design of telescopes to the presence of silicates in giant stars and comets. Nick’s very first paper, in 1961 described the youngest-known star to date, Herschel 36. A few years later, in collaboration with Frank Low, W.F. Hoffman, and C.L. Frederick, he designed and launched a far-infrared balloon-borne telescope that would later discover infrared radiation from the centre of our galaxy.

In 1970, with colleagues Raymond Maas and Edward Ney, Nick discovered the presence of silicates in Comet Bennett, the first time that this type of material had been identified on a body other than the Earth, Moon, or a meteorite. While working with Roger Angel and Donald McCarthy in 1984, he put forward a design for the Large Binocular Telescope, which would combine two telescopes into one detector with extremely high resolution.

Nick also made many contributions to the detection of extra-solar planets. In 1986, he and collaborators Roger Angel and A.Y.S. Cheng were the first to propose a method for directly detecting Earth-like extra-solar planets in infrared light. In 1997, he and Roger Angel put forward a design for a space-based infrared telescope capable of detecting Earth-like planets around other stars. Most recently, in 2002, Nick, Paul Smith, Wesley Traub, and Ken Jucks measured the spectrum of the Earth by looking at the visible and infrared light reflected off the dark side of the Moon, called Earthshine. This would provide a model of what to look for when attempting to detect the atmospheres of Earth-like extra-solar planets. 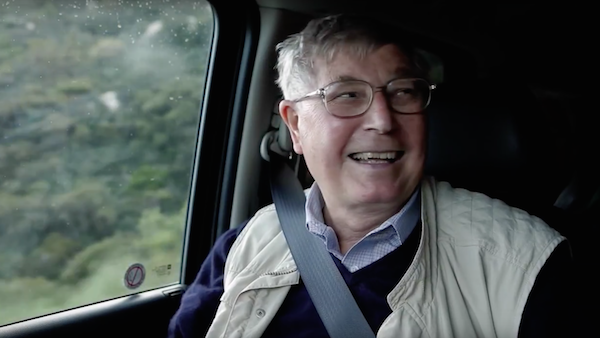 Professor Wal Sargent was born in 1935 in Elsham, Lincolnshire, UK, and grew up in the nearby village of Winterton, where he was the first in his family to graduate from high school. He then went on to earn his Bachelors, Masters, and Doctorate from the University of Manchester, graduating with his PhD in Astrophysics in 1959.

Following his graduation, Wal was recruited to become a research fellow in Astronomy at Caltech, where he was able to use the 100-inch telescope at the Mount Wilson Observatory. Moved by the experience, it was at this point that he decided to become an observer. In 1962, he returned for a short time to England to work at the Royal Greenwich Observatory, but finally ended up back in the United States where he was appointed as a Professor of Astronomy at Caltech in 1966. He became the Ira S. Bowen Professor of Astronomy in 1981.

As a professor at Caltech, Wal tackled a variety of problems in Astronomy, studying everything from quasars to the intergalactic medium. In 1968, in collaboration with John Beverly Oke, he wrote a paper describing the spectrum of a nearby Seyfert galaxy, a type of spiral galaxy with a very active nucleus, and postulated that the spectrum emitted by this type of galaxy could be explained by a disk of gas surrounding a compact object, such as a massive black hole, in its core. With his student Peter Young and collaborators Alexander Boksenberg, Keith Shortridge, Roger Lynds, and David Hartwick, he provided the first dynamical evidence of supermassive black holes at the centre of galaxies from the motion of their stars.

From observations of dwarf galaxies with a low abundance of heavier elements, Wal and his colleague Leonard Searle were able to show, in 1972, that most of the Helium in the Universe was produced in the Big Bang. He was also able to show that quasars could be used to probe the intergalactic medium, and used this method to probe the star formation history of the Universe, and to determine the history of the relative abundances of heavy elements in the Universe.