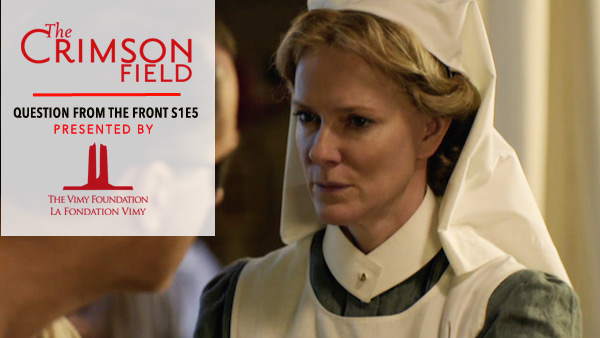 Welcome to this week’s “The Crimson Field” Question from the Front! Before reading and participating in the poll, do note that there are many spoilers ahead.

Throughout her time at the military field hospital, Matron Grace (Hermione Norris) has been a pillar of discipline, control and compassion where needed. In many ways, her generally reserved nature has made the Matron an enigma of sorts.

However, what we thought we knew about Matron Grace changed drastically upon the arrival of Major Jocelyn Ballard (Peter Sullivan), the leader of the Indian Sepoys military troop. Within moments of being in Grace’s presence, Ballard’s demanding nature is immediately shown, as he incredulously seeks one-on-one time with the commanding officer, Lieutenant Colonial Roland Brett (Kevin Doyle). Matron Grace lets Ballard know this is not possible.

“I do not enjoy being given orders by a woman,” reacted Ballard. “There’s no point in you standing there…why don’t you go and find the C.O.? Step on it!”

Matron Grace holds her ground and during a heated exchange utters something in Punjabi. Of course, this grabs Ballard’s attention and he is immediately intrigued. For, in his presence, there is someone else that speaks another language that’s very familiar to him. 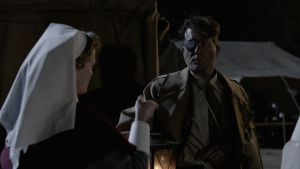 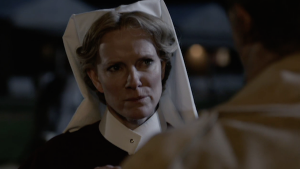 By the next morning, Ballard, who is stricken with a wounded arm and is forced to wear an eye patch, has a minor meltdown during breakfast when he is yet again denied a meeting with the commanding officer. Needless to say, these actions finally get him some face time with the C.O.

Once in the same room together, Ballard demands that he be able to re-join his men at battle. Lt. Col. Brett denies this request, stating that treatment is required. Seeing that he can no longer easily talk his way out of the hospital, Ballard requests that Matron Grace be the one who tends to him – this soon becomes a reality.

Following this encounter, Matron Grace’s past in India is briefly discussed with Lt. Col. Brett. While she keeps the deep truth about her past buried at the moment, it’s easy to tell that something is bubbling beneath the surface.

As the Matron tends to Ballard’s arm, he seems to suspect that something else is going on – perhaps a flirtation? This notion is quietly dismissed, but only encourages Ballard to get extremely personal, by firstly challenging what he suspects to be Grace’s romantic past.

“What makes a woman like you put on a uniform and behave like a nun?” Ballard asks snidely as the Matron tends to his arm. “At least a nun gets the ecstasy of religious rapture. What do you get?”

“But I don’t need your help,” added Ballard. “I’m only submitting to be good and get out of here.” 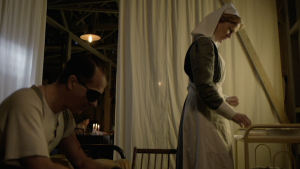 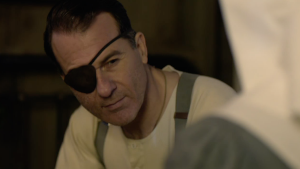 Although Ballard and Matron Grace are hard on each other, they somehow build a mutual respect throughout the Major’s time around the hospital – but that’s not to say this is the friendliest of relationships.

Having behaved enough through treatment for his arm, Ballard believes that he’s heading back to battle. However, Lt. Col. Brett stops Ballard and conducts an exam that determines the Major has significant vision issues. Instead, of battle, he is going to a hospital in England. Of course, Ballard blames Matron Grace for tipping off her commander.

Ahead of his departure, Ballard engages a fellow soldier in a marksman competition in the woods. Although it starts off innocently enough with bottles getting shot off inanimate objects, Ballard soon has his counterpart put a glass atop his head. Despite not having adequate vision, Ballard plans to fire away – fortunately Matron Grace steps in.

After interjecting, the Matron speaks to Ballard about her past, and how her father was a firearm enthusiast that eventually died as a result of that passion. Despite trying often to curb her father’s habit, Matron Grace still feels guilt over his death. By confiding, Ballard gains a greater understanding and appreciation for the woman he once chastised relentlessly. 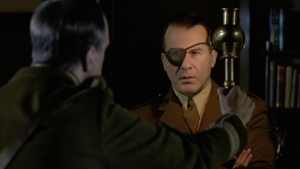 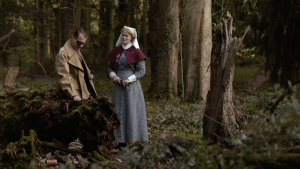 While saying their goodbyes, the Matron asks Ballard about a member of his regime. After learning that this man had passed away, Matron Grace gets very emotional – it’s obvious now that her eagerness to stick with Ballard was an attempt to learn about the status of a past, yet memorable love interest.

Knowing Matron Grace, she will forge ahead and dive headlong into her work once again. But, the question remains: will she now be able to finally find closure?

Click here to learn more about the terrific characters from The Crimson Field!