Wise Words from the Characters of Downton Abbey 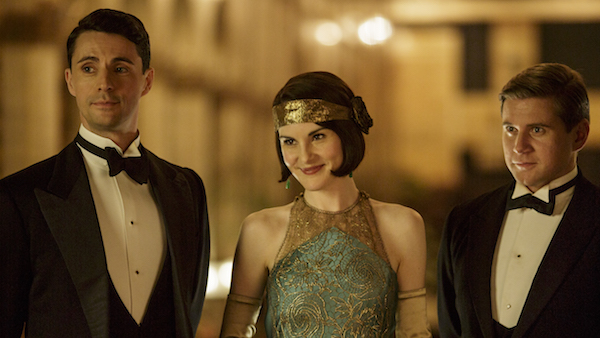 A huge part of what has made “Downton Abbey” such a well-respected television series is the writing in which the characters bring to life. Without that crucial element, “Downton Abbey” could’ve very well become one of those costume, period dramas that looked amazing on the screen, but failed to deliver characters and storylines with depth and multiple layers worth discovering.

Fittingly, the sixth and final season of “Downton Abbey” received an Emmy Award nomination for Outstanding Writing for a Drama Series. In all, the series received 10 nominations this year, bringing it’s total to 69 over its lifespan.

“It’s extraordinary the impact it had,” said cast member Hugh Bonneville during an interview with ITV News earlier this year. “I’m using the past-tense now – because it’s gone – but it was a wonderful thing to be a part of and I really think these characters did become a part of peoples’ lives. They were very real to people, which is enchanting and lovely. But, it was the right time to end.”

“[‘Downton Abbey’] really touched a lot of people very profoundly,” offered Executive Producer, Gareth Naeme while in conversation with People. “Some people watch it and it’s just their piece of entertainment but it’s had a really profound impact. It’s been a great journey for everyone involved.”

To celebrate the beautiful wordplay often delivered on “Downton Abbey,” we look at some of its memorable quotes, thanks to the series’ official Twitter page.

And we must we change with the times, Lord Grantham. #Downton pic.twitter.com/sfW8K1Srcy

The opposite of shabby indeed, Henry. #Downton pic.twitter.com/Mmc8VADgDf

Happy #FathersDay with love from all at #Downton. pic.twitter.com/gDG6MkkL1F

Something we can all relate to, Lady Violet. #Downton #WednesdayWisdom pic.twitter.com/5iPm4De253

Drink at luncheon? Of course not, Lady Violet. #Downton pic.twitter.com/EzOkyjTRLO

Lady Sybil truly touched us all with her kindness. #Downton pic.twitter.com/hrC7SOGdVN