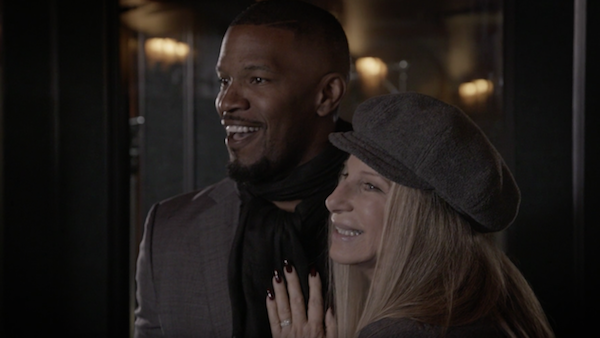 On Friday, October 14 at 10pm ET/7pm PT, be sure to tune in for the VisionTV premiere of “Welcome to Barbra Streisand’s Encore,” a delightful hour-long special that takes you behind the curtain and into the studio to witness the recording of Streisand’s latest album, “Encore: Movie Partners Sing Broadway.”

What makes this album so incredibly special is that it features duets with some of Hollywood’s heaviest-hitters, including Alec Baldwin, Antonio Banderas, Jamie Foxx, Anne Hathaway, Hugh Jackman, Melissa McCarthy, Seth MacFarlane and Chris Pine. With “Welcome to Barbra Streisand’s Encore,” viewers will get to see special footage of these stars as they sing alongside Streisand. What’s more, they open up about what it was like to stand shoulder-to-shoulder with a musical giant.

“The repertoire for this album includes songs I’ve wanted to record for years, and a few I discovered once the duets concept was solidified,” explained Streisand in an official statement. “From the start of my career, I’ve been drawn to musical theatre songs. They contain so many elements that intrigue me as a singer and actress. They are written for characters and situations, with lyrics that explore human emotions – dramatically or comedically – and of course rich melodies that convey their own unspoken feelings. Recording this album was a fun ride…a very special journey.” 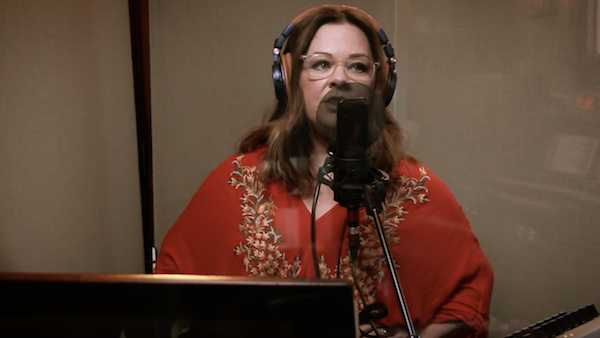 Reads a review from The Huffington Post’s Pete Katz: “With ‘Encore,’ Barbra Streisand, with a little help from some friends as well as Co-Producer Walter Afanasieff and Arranger William Ross, reinforces that her talent is truly otherworldly. All should be incredibly proud of this accomplishment.”

While these stars get to show off their vocal chops in “Welcome to Barbra Streisand’s Encore,” it’s their vast acting resumes that we know and love the most. With that in mind, let’s shine a spotlight on some of these duet partners’ career highlights. 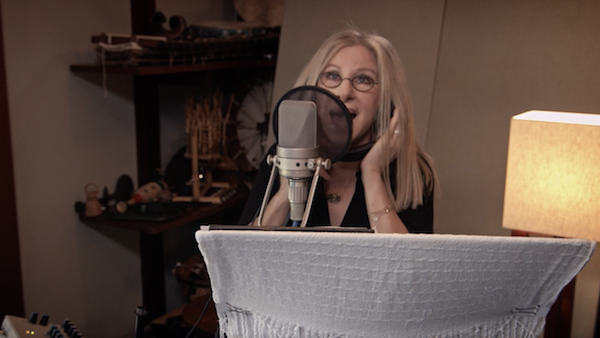 Anne Hathaway (“At The Ballet”)

Although Anne Hathaway’s 2011 Academy Awards co-hosting gig with James Franco was universally panned, she’s arguably one of the more popular and critically recognized actresses of her generation. In 2013, Hathaway won the Oscar for Best Performance by an Actress in a Supporting Role for her part in Les Misérables. Additionally, Hathaway has also turned in strong performances in films like “Rachel Getting Married,” “Alice in Wonderland,” “Love & Other Drugs,” as well as “The Dark Knight Rises.”

Alec Baldwin (“The Best Thing That Ever Has Happened”)

Alec Baldwin has had that unique ability throughout his 30+ year career to succeed admirably in both dramatic and comedic roles. From serious Jack Ryan in “The Hunt for Red October,” to hilarious Jack Donaghy in the award-winning, critically acclaimed sitcom “30 Rock,” Baldwin’s versatility has led to a substantial resume too long to list. What’s his next big role? Well, it was just announced that Baldwin would appear on “Saturday Night Live” this upcoming season as Donald Trump.

Antonio Banderas  (“Take Me To The World”)

In addition to adding charismatic flair to action films like “Desperado” and numerous Zorro movies, Banderas has also leant his talents to a variety of family-oriented films like multiple “Shrek” instalments, the “Spy Kids” series and “Puss in Boots.”

Jamie Foxx first found his footing in the early ‘90s sketch comedy show “In Living Colour,” but didn’t truly become a Hollywood superstar until he took home an Academy Award for his stunning portrayal of Ray Charles in the “Ray” biopic. Since that 2004 accomplishment, Foxx has also acted in substantial films like “Dreamgirls” and “Django Unchained.”

Twenty-four years after Alex Baldwin played Jack Ryan in “The Hunt for Red October,” Chris Pine took on that character in 2014 for the film “Jack Ryan: Shadow Recruit.” Although Pine’s consistently appeared on screen since the early 2000s, he’s best known as Captain Kirk in the latest series of “Star Trek” flicks.

Like Hathaway, Jackman has hosted the Academy Awards and was applauded for his role in Les Misérables. But, where Jackman’s really made his bacon is as Wolverine in an array of “X-Men” movies. Jackman does have a lighter side, however, as he’s lent his voice to animated features like “Happy Feet” and “Flushed Away.”

Seth MacFarlane’s greatest claim to fame is being the creator of the often-controversial animated series, “Family Guy.” But, beneath his crude comedy prowess is an appreciation for crooning. Case in point, MacFarlane has released a pair of albums: “Music is Better Than Words” and “Holiday for Swing.”

Melissa McCarthy (“Anything You Can Do”)

Melissa McCarthy has become a dominant funny-force over the years, thanks to her unique blend of physical, raunchy and down-to-earth comedic roles. Although McCarthy was a long-time cast member of family drama “Gilmore Girls,” it was the movie “Bridesmaids” that took her career to a whole new level. Since then, she’s starred in the laugh-out-loud sitcom “Mike & Molly” and in the all-female reboot of “Ghostbusters.”