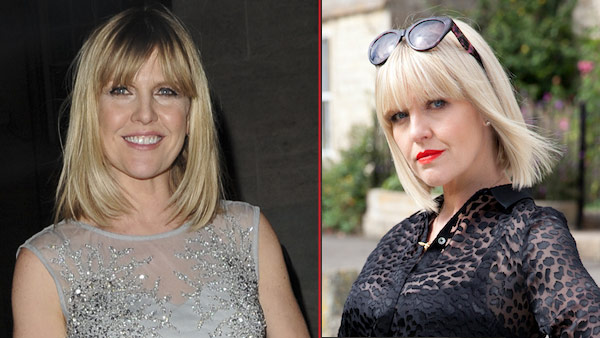 In one of VisionTV’s most popular British mystery series, the inquisitive, resourceful Agatha Raisin, a savvy, successful, London-based public relations professional, gives up that strenuous gig to start a quieter life in the Cotswolds. Sounds like an idyllic plan for early retirement, right? However, due to many unsuspected, yet hilarious, twists and turns and a countryside full of criminals, that plan doesn’t come to fruition. Instead, Raisin soon finds herself in the role of a private investigator.

As Agatha stumbles across one crime in the country after another, the savvy city-slicker learns that the bucolic and peaceful promise of country living isn’t all its cracked up to be, but that solving mysteries and becoming an integral part of the community is an even more fulfilling pursuit. 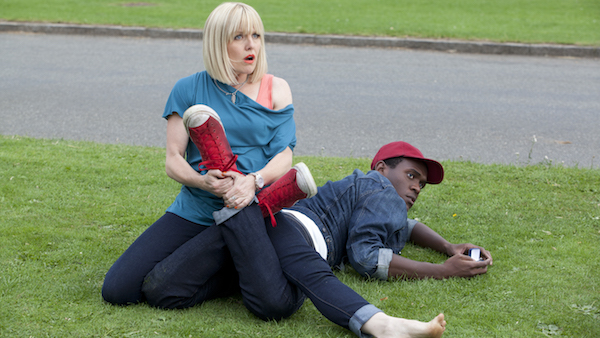 Ashley Jensen is a veteran Scottish actress and narrator who got her start in a 1990 episode of “City Lights,” before moving onto longer-running TV series like “May to December,” “Roughnecks,” “City Central” and the ever-popular “EastEnders.”

However, Jensen is perhaps best recognized for her hilarious work on the popular Ricky Gervais series “Extras,” where in 2008 she was nominated for a Primetime Emmy award for Outstanding Supporting Actress in a Miniseries or a Movie. More recently, Jensen paired again with Gervais for his dark comedy, “After Life”. Jensen plays Emma, a nurse in a long term care home who becomes an unlikely love interest for Gervais’ grieving and borderline suicidal character, Tony, as she takes care of his elderly father. Season 2 of “After Life” premiered on Netflix in April 2020.

ASHLEY JENSEN ON AGATHA RAISIN AND WORKING WITH RICKY GERVAIS

“I always felt a wee bit like the dirty cousin,” said Jensen in an interview with The Guardian when discussing the years she spent acting in the U.S. “But I liked being a wee bit outside of it. L.A. felt like ‘Alice in Wonderland,’ with all these strange characters. I remember going for a walk with the dog in Runyon Canyon and this woman holding a chameleon up…while it had a pee. And then you’d look to the right and there were people walking backwards up the canyon to work different muscles.”

“Maybe it was because I was too old, or I was in comedy,” added Jensen when explaining why she felt no one stateside tried to change her.  “[They probably said] ‘Ah, just leave her, she’s beyond it.’ I think it’s because I was a little older, an outsider, and I was always up for the best friend [part], so I never felt a pressure. I still don’t feel a pressure to change what I look like, and I hope I have the dignity to maintain that.” 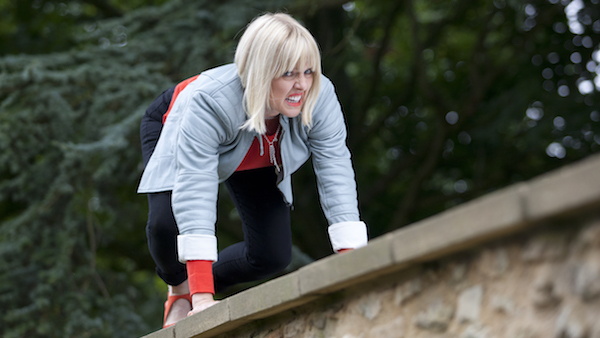 With “Agatha Raisin,” Jensen serves as the series’ lead actress after a career filled with supporting roles. While this may appear to those on the outside looking in as a real pressure-packed situation, Jensen has approached it with the proper mindset.

“I’d guested and supported enough stuff that I felt ready to hold a show,” offered Jensen in a separate interview with the Telegraph. “I think it is the responsibility of the lead character to be the ‘mum.’ I came from a place as a supporting actress where I would be on set a day here and there, and that is really scary.

“You are not going to do your best work because you are too frightened to make eye contact and it doesn’t become a team thing,” she continued. “So on ‘Agatha Raisin,’ I made sure everyone had a good time. It was a nice family atmosphere, with everyone looking out for each other.”

Discover when you can watch Ashley Jensen as Agatha Raisin on VisionTV here.