Reliving Agatha Raisin S1E1: Rambling for Love in All the Wrong Places 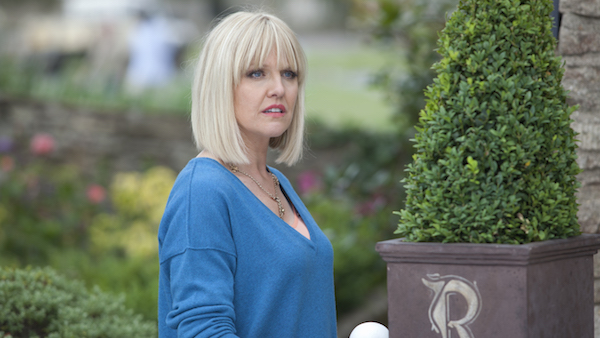 For Agatha Raisin, adjusting to life in the small Cotswolds village of Carsley has become a top priority. After Agatha’s initial arrival led to her unexpectedly heading a successful murder investigation, she’s now trying to get more attached to the community by participating in something as simple as a rambling club.

With this walking group, Agatha still manages to stick out like a sore thumb with her fluorescent wardrobe, polls and extra baggage. Everyone else has packed lightly, is dressed less brightly and is content with meandering through the countryside without any overt agendas. Unfortunately, the latter can’t be said for another pack of ramblers.

In another collective of ambitious movers is Jessica, quite the vocal woman who isn’t afraid of standing her ground or stating an opinion. Unfortunately, this quality doesn’t resonate well when she encounters a gunman protecting a vast piece of land. Gustav, as he is known, works for affluent property owner, Sir Charles Fraith, and attempts to alter the path of Jessica and her fellow ramblers’ path. Jessica doesn’t take kindly to this and begins to give Gustav a verbal tongue-lashing.

Eventually, Charles steps in and his confident, bordering on pretentious attitude is enough to only stoke a further fire in Jessica’s belly. Seeking a resolution, fellow rambler, Deborah, gets involved and suggests that the group take a different, more roundabout walk around the property. Of course, Deborah being obviously smitten with Charles helps her cause. It also doesn’t hurt when he extends a kind eye to her as well. Although no gunfire is had, Jessica still has a mighty axe to grind.

Shortly thereafter, a charity film night is held at Charles’ estate. Agatha, who helped Charles promote the event, is also on hand and can’t help but keep her wanted love interest, James, in her sights. Unfortunately for Agatha, James is already romantically involved with Mary – someone Agatha can’t stand at all.

Also in attendance are the ramblers. Jessica remains frustrated by Charles, while Deborah continually tries to impress. Luckily for Deborah, her advances work wonders on Charles and the duo spend the night together. 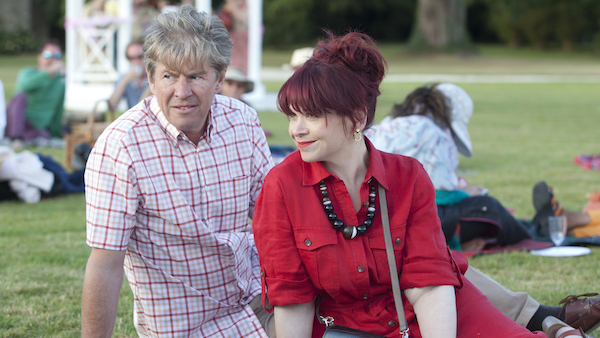 The following morning, Jessica returns to the property that she was previously asked not to walk across. This time, however, a shotgun-wielding man doesn’t stop her. Rather, she is fatally whacked upon the head by a heavy-duty shovel.

With Jessica dead in the field, DCI Wilkes and DC Bill Wong begin their preliminary investigation, discovering that Charles was seen arguing with Jessica the night before and running through the same area in which her body was discovered. Despite claiming that he was just out for a jog, Charles is arrested pretty fast.

Believing that the police got the wrong man, Deborah asks Agatha to investigate the murder. Still looking to impress her fellow villagers, Agatha takes the case and begins developing her own list of possible suspects.

During this process, Charles is released and accompanied by James at the crime scene. Charles professes his innocence and encourages Agatha to seek out the real killer. Here, it is determined that the best way to go about this would be for Agatha and James to pretend they’re a married couple and join Jessica’s old rambling club. By doing this, it would allow them to investigate those in it and discover if anyone had motivation to end Jessica’s life. Agatha, who very much has a thing for James, loves this idea!

Once “together,” Agatha and James slowly but surely gain the trust of some of the ramblers who were closest to Jessica, including Kristy, a woman who Jessica hit on. Even though Jessica was married to fellow rambler Jeff, she also had a love for women and often “used sex as a weapon.”

As the investigation begins to unfold, numerous leads and suspects begin to fall by the wayside – including Gustav and Jeff who go from being locked in a gun-pointed standoff, to a pair of men realizing neither is at fault for Jessica’s death. Yet, Agatha and James remain undeterred.

Meanwhile, Deborah’s hope of Charles falling in love with her and asking for hand in marriage has fallen through. To her surprise, Charles casually calls an end to their time together, sending Deborah into a cloud of sadness and fierce frustration. 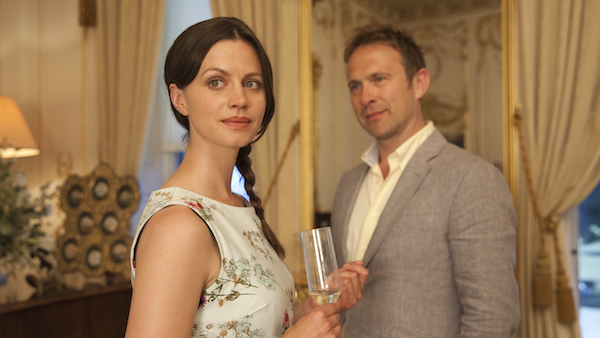 It is at about this time that Agatha has an epiphany – Deborah is Jessica’s killer! But, why? Mainly, Deborah was the one who anxiously asked Agatha to investigate the murder further, once Charles was connected to it. Perhaps, she felt that sending Agatha in circles would make the case unsolvable.

After racing back to Charles’ house, Agatha finds Deborah outside claiming that the man whom she hoped to find love with had killed himself. In reality, she smashed his head with a statue after discovering that he no longer wanted to be with her.

So then, what was Deborah’s motive for ending Jessica’s life?

As it turns out, Jessica and Deborah had a brief affair in the past. Then on the charity film night when Deborah told Jessica of her hope to marry Charles, she laughed at her and said that wouldn’t happen once he found out about their past rendezvous. In order for Deborah to get the happiness she so desired, she knew that Jessica needed to be out of the picture.