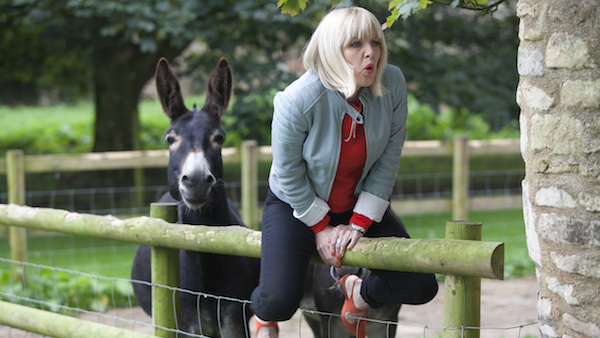 A village-wide gardening competition has inspired residents of Carsely to flex their green thumbs. It’s a shame, then, that one evening sees several gardens torn to shreds. However, this isn’t the only suspicious evening activity.

After being kicked out by Mary, James exits her home only to see a suspicious figure lurking in the distance. With a hooded sweatshirt on and the dark sky above, it is rather impossible to determine who this individual is. Thinking nothing of it, James heads home.

As villagers congregate the following day, many attempt to make sense of what led to their gardens being vandalized. Seeing as Agatha’s garden was the only one that hadn’t been damaged, the often cold and calculated Mary suggests that the blonde bane of her existence may have had something to do with the destruction. Of course, Agatha is truly offended by this not-so-subtle point of the finger.

Later that day, an angry Agatha authoritatively stomps toward Mary’s home, only to find James there already. There to return some books he’d borrowed from her, James is also looking to speak with Mary. After a few moments, the duo notice something tragic – Mary’s lifeless body planted straight up in a giant gardening pot, feet tied to a stick in the soil.

On the scene, DC Bill Wong determines that Mary’s cause of death was strangulation. He figures some sort of thin, metal wire did the job. While giving a statement to Bill, James recalls that random individual lurking near Mary’s property. James can’t identify him, but recalls seeing bright red shoes. 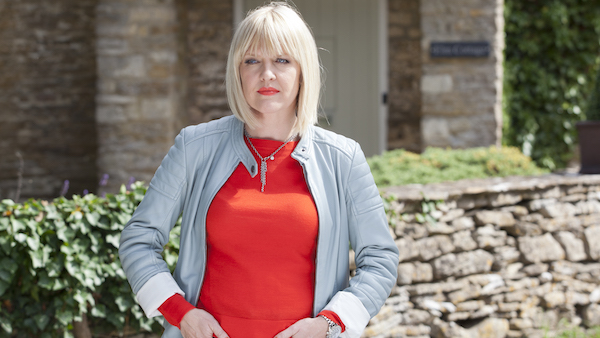 Unable to stay away from a whodunit, Agatha wants to interview everyone whose garden took a beating. During her travels, one thing becomes very evident: Mary didn’t endear herself to many in the village. Bernie, a local music teacher, doesn’t share that ill will, however, as he recalls Mary always being very nice to him.

It is not long before Mary’s estranged daughter, Beth, rolls into town with a hot red convertible and the reputation of being a glamorous Oxford “It” girl. As Beth exits her car, a young man swiftly comes over to greet her. Agatha quickly notices that he is donning red shoes and proceeds to run and tackle him.

As it turns out, this red shoe-wearing man is Jonah, Beth’s one-time fiancé. After explaining himself to Bill, in the presence of Beth, Jonah isn’t viewed as a primary suspect.

Regardless, Agatha can’t help but consider the fact that Mary damaged all of the gardens in order to win the competition – that would subsequently lead to someone killing Mary out of revenge. Thus, everyone is a suspect to her. 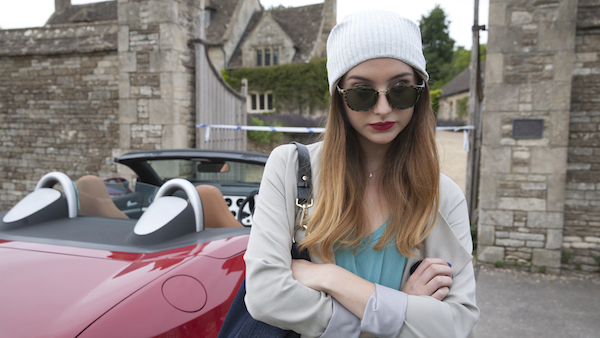 Firstly, Agatha dials back and goes to visit James. However, Beth, someone who is evidently an ageist with zero regard for Agatha, rudely interrupts her. To get James’ attention, Beth reveals that Mary planned on marrying James. This, interestingly enough, appears to be news to James. Considering that her heart beats rapidly for James, Agatha can’t help but feel awful about this revelation.

With perfect timing, Roy pulls Agatha out of the darkness by providing her some further background into Mary’s past. You see, Mary was once a singer but gave up her career to wed a wealthy real estate mogul. But, when he filed for divorce, Mary attempted suicide.

Not long after these secrets are revealed, a new, young singer named Berenice Chilton surfaces in Carsely. Escorted by Bernie, this fresh voice is set to perform at a local pub in the coming days.

Following a brief snoop of Mary’s home, Agatha seeks out Jonah. It’s learned that even though Mary had photos of Jonah in her home, she had never met him. What’s more, he confirms that Beth and Mary rarely spent time together, but the child was still going to receive an inheritance on her 21st birthday – something that was just a week away. If Beth wanted faster access to that inheritance and perhaps everything else in Mary’s name, killing her could very well speed up the process. 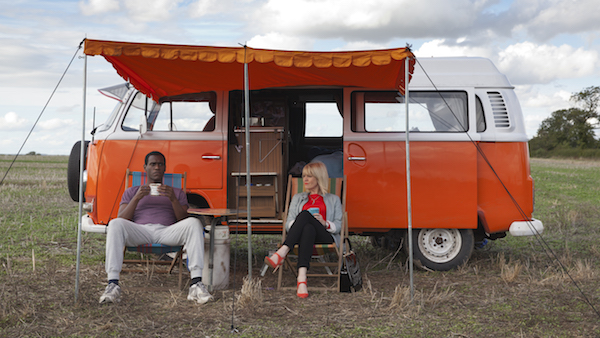 Meanwhile Berenice’s debut performance in Carsely is well received, especially by her mentor Bernie. Shortly thereafter, however, it is discovered that Mary attempted to kybosh musical performances at the pub. Mick, the man running the pub, wasn’t pleased by Mary’s efforts. This leads Agatha to believe that perhaps Mick was the killer. But, this theory is debunked by Gemma, who has the ultimate alibi for Mick: he was shagging her during the time of the murder.

Not to be thwarted, Agatha turns her attention back to Mary’s daughter, Beth. Desperately seeking closure to this case, Agatha publicly accuses Beth of offing her mother for money. As the crowd sits in silence, Beth remains unfazed before noting that she has donated all of her late mother’s money to charity – scratch another suspect off the list.

Thinking back to the fact of Mary being strangled by a piece of metal wire, Agatha begins to think that maybe it was a guitar string that was used in the murder. Seeing as Berenice was the most recent guitar player to enter the village – and that Mary attempted to silence her stage – Agatha wants to find out if she was the one who enacted revenge.

With Gemma by her side, Agatha tracks down Berenice – she’s attached to Mick’s lips. Gemma readily decks Mick, ahead of Agatha seeing if the singer knew about Mary’s ill will toward her. Turns out, she was ignorant to it. 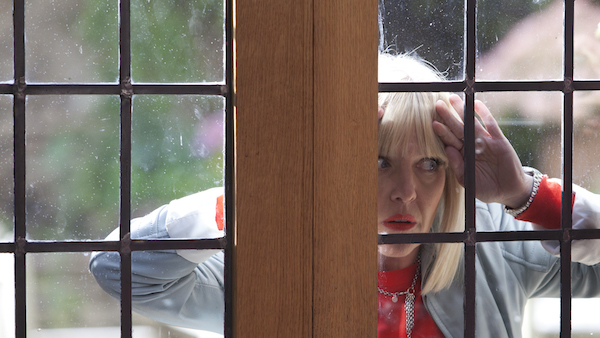 Further contemplation allows Agatha to zone back in on Bernie. While he’s generally innocent on the surface, Agatha began to figure that Bernie was so enamoured by his new protégé – and disgusted by Mary’s attempts at disrupting her musical progress – that he had enough motive to connect him to the crime.

Along with Bill, Agatha pays Bernie a visit. At first, Bernie pleads ignorance and tries to slink away from Agatha’s accusations. However, the more and more Agatha threatens to personally poo-poo Berenice’s musical career, Bernie snaps and goes for a nearby shovel. As he attempts to grab it and give Agatha a whack, Bill restrains him.

While being held in place, Bernie explains that Mary knew he was a music teacher and would always talk to him about her singing. Eventually, he became concerned that Mary’s jaded nature would negatively rub off on Berenice – he couldn’t allow that to happen.

With that, Agatha has helped bring another murderous man to justice. However, it’s very possible that winning the prize for Best Original Garden made Agatha even more ecstatic than finding justice for Mary. 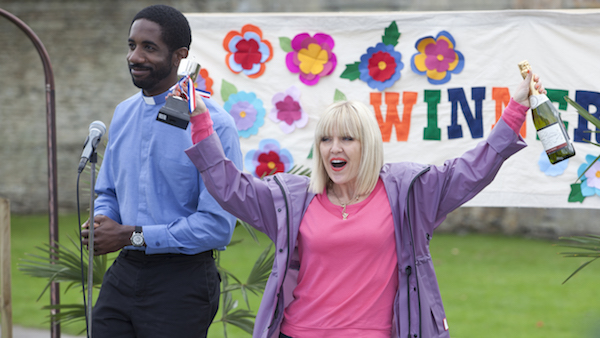