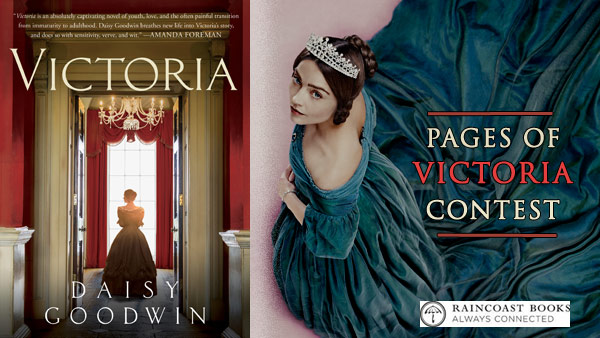 As we count down the days with major excitement to our premiere of Victoria on Tuesday, April 4 at 8pm ET/5 PT, we’ve partnered with our friends at Raincoast

Books to give you the opportunity to win 1 of 10 copies of the companion book to this epic, new series written by the creator/writer of Victoria herself, Daisy Goodwin.
This contest is now closed. Thanks to all who entered. Winners will be contacted April 6 – 10.

“Victoria is an absolutely captivating novel of youth, love, and  the often painful transition from immaturity to adulthood. Daisy Goodwin breathes new life into Victoria’s story, and does so with sensitivity, verve and wit.” – Amanda Foreman, British/American Biographer and Historian

Early one morning, less than a month after her eighteenth birthday, Alexandrina Victoria is roused from bed with the news that her uncle William IV has died and she is now Queen of England. The men who run the country have doubts about whether this sheltered young woman, who stands less than five feet tall, can rule the greatest nation in the world. Surely she must rely on her mother and her venal advisor, Sir John Conroy, or her uncle, the Duke of Cumberland, who are all too eager to relieve her of the burdens of power. More…

Additionally, each prize package will also include one (1) copy of Downton Abbey: The Ultimate Collection, the definitive soundtrack to the blockbuster, six season series. Watch for our special encore of the final season of Downton Abbey starting Wednesday, April 12 at 10pm ET/7 PT.

Just fill out and submit the entry form below for your chance to win!

In Victoria, Jenna Coleman (“Doctor Who”) stars as the young Queen Victoria in the story of her ascension to the throne at the tender age of 18, through to her courtship and marriage to Prince Albert. Victoria went on to rule for 63 years, and was our longest serving monarch until she was overtaken by Elizabeth II on 9th September 2015. More… 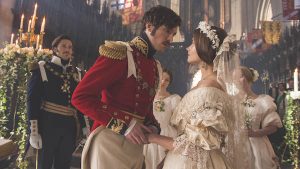 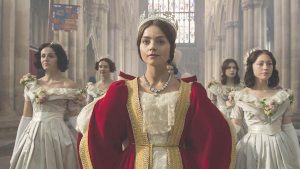