Recently, we gave you a quick glimpse at some of the most memorable acting work “Mr. Selfridge” star Jeremy Piven has done throughout his 25+ year career. Apparently, his steady stream of quality employment and ability to shine in his roles hasn’t just benefited Piven’s legacy: it’s also had a positive influence on his bank account.

According to a report by the Los Angeles Times, Piven has just purchased an eye-popping pad in the Mount Olympus region of Hollywood Hills West for a whopping $6.8 million. This home buy was confirmed by anonymous real estate sources who are not authorized to speak publicly about the transaction.

The 4,800-square foot home sits on a hilltop and brings with it an incredible view of the city and ocean. Piven’s new place is said to have a “switchback design that vaults the dining room ceiling, while creating a rooftop terrace above,” as well as a sizeable amount of outdoor living space. 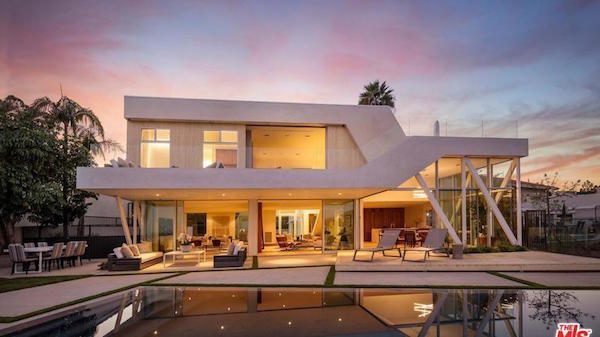 Inside, the house boasts four bedrooms, five bathrooms, a beautifully spacious kitchen and multiple game rooms. The master bedroom features a fireplace, soaking tub and a glass wall that opens up to a canyon-facing balcony.

On the outside, a magnificent infinity-edge pool is intact for those who love a dip with a view. For those chillier nights, a sunken fire pit can be gathered around.

For a closer look at Piven’s new place, check out the photo gallery below.

This week (Wednesday, July 26 at 9pm ET/6pm PT) on “Mr. Selfridge”:  Despite his loss, Harry is pretending that it’s business as usual. His spirited daughter Violette has returned from life in Paris, and together with Rosalie they implore Harry to stop burying his head in the sand – but Harry is happy to be distracted, particularly by new belle Rosie Dolly.