Poll: Canadians "Divided" on Support of the Monarchy

To some, following the life and times of the British Royal Family is of great importance. Be it an interest in the family’s vast history, or the ability to delve deeper into their lives via news reports and tabloids, the Royals can be a subject worth obsessing over. On the other side of the table, there are those who could do without the pageantry of Queen Elizabeth II and those related to her.

In a new, poll conducted by Forum Research, it was determined that 43% of Canadians (1,150 polled) were against dissolving the monarchy once Queen Elizabeth II dies. Interestingly, when Forum asked this question in the summer of 2016, the result went the other way: 43% in favour of eliminating the monarchy.

“Canadians have been divided on the abolition of the monarchy for some time, and while the margins shift a few points up and down with each poll, it has remained a divisive issue, with no side gaining traction,” explained Lorne Bozinoff, President of Forum Research.

He added: “Many Canadians continue to support Queen Elizabeth II, but the same might not be said for her successor, Prince Charles, considering Prince William is the most admired Royal Family member.”

Speaking of Prince Charles, reports circulated earlier this month that Queen Elizabeth II would give up her throne to him if she were to reach 95-years-old. That notion has since been debunked by numerous sources.

That said, when Canadians were asked about the possibility of Charles becoming King that way, only 37% of respondents liked such an idea. Meanwhile, 17% of respondents strongly disliked it.

In 2016, a poll by Angus Reid Institute asked Canadians which five words they would use to describe Queen Elizabeth II. ‘Respected’ was the most used word at 67%, followed by ‘influential’ and ‘strong,’ at 39% apiece. Sadly for Prince Charles, the word most used by Canadians to describe him was ‘boring’ (40%) – ouch. 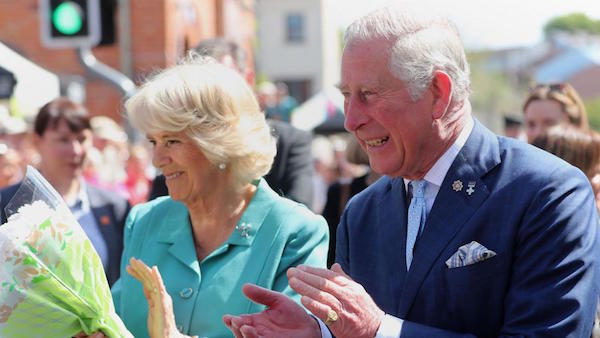