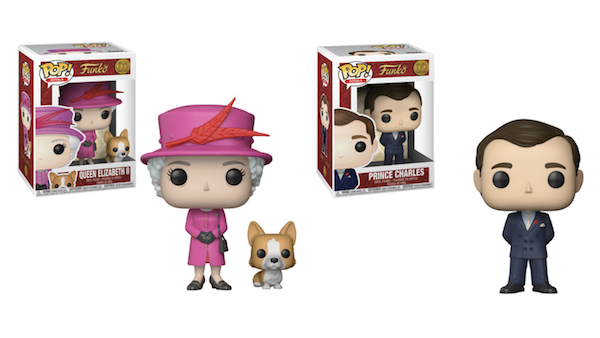 For decades, souvenirs bearing the names and images of the British Royal Family have been filling up the shelves and rooms of collectors. From plates, to coins, to clothing, to dolls, the Royal Family have been big business for many manufacturers and merchants.
Next up, fans will be able to get their hands on Funko Pop! toys designed to be amusing characterisations of several Royals. Making up the seven-piece collection is Queen Elizabeth II (with an accompanying corgi), Prince Charles, Prince William, Kate Middleton, Prince Harry and a pair of Princess Diana figures. Perhaps a Meghan Markle toy will be available in the next round of Royals Pop! toys?
Funko states that these products “have not been endorsed or approved by any member of the Royal Family.” 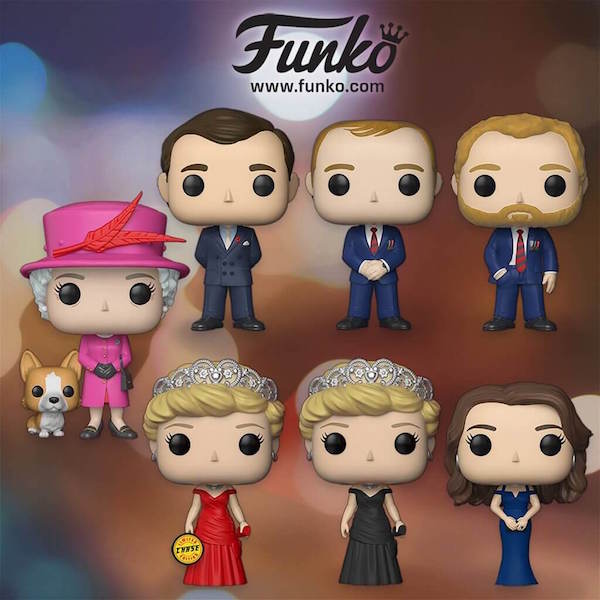 Mike Becker launched Funko in 1998 “with a line of nostalgia-themed bobbleheads called Wacky Wobblers.” Since then, Funko’s Pop! collection has become a hugely popular entity for toy collectors and pop culture fanatics. Pop! figures have been created for popular TV, movie and comic book characters, as well as musicians, athletes, notable public figures, and many others.
The Funko Pop! Royal Family collection will be available in February.
On May 19, 2018, Prince Harry and Meghan Markle will be wed in St. George’s Chapel at Windsor Castle. Could the Prince Harry Funko Pop! toy will be given out as a wedding favour? Time will tell.
-Adam Grant 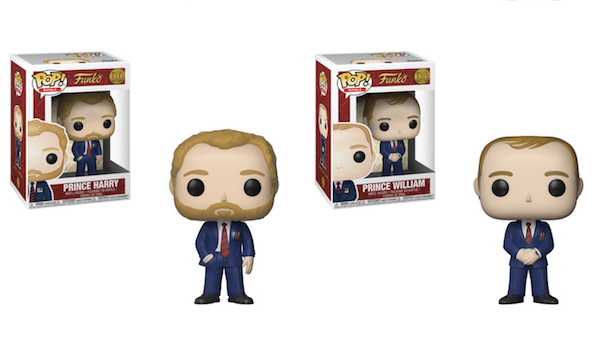