Baz and the Mammies Make it Rain in the Amazon 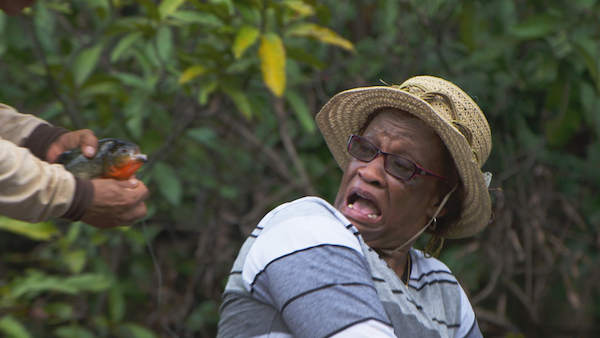 Baz has tried a lot of methods to really put some big hurdles ahead of Nancy and whichever other mammies tag along for an adventure. However, during a trip to Peru, Baz may have at last found a trip in which hurdles stood taller than usual.

Upon arriving in Peru, Baz brings mammies Nancy, Grace, and Joy to the frontlines of a drug raid orchestrated by local authorities. With bulletproof vests and helmets, the mammies and Baz get far too close to criminal unrest in a community unfamiliar to them.

Fortunately for everyone, this was a relatively controlled environment – unlike the Amazon. 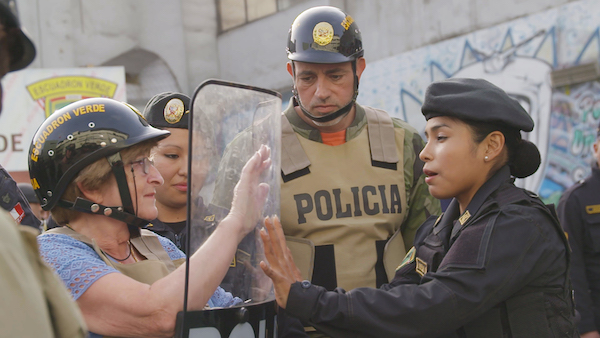 Later in their journey through Peru, the quartet are left stranded in the Amazon rainforest and tasked with making it through the night. To do that, Baz and mammy Joy had to try and find food for the group. This, frighteningly enough, meant fishing in piranha filled waters – yikes!

“Piranhas range from northern Argentina to Colombia, but they are most diverse in the Amazon River, where 20 different species are found,” reads a description found on Britannica.com. “The most infamous is the red-bellied piranha, with the strongest jaws and sharpest teeth of all. Especially during low water, this species, which can grow up to 50 cm in length, [and] hunts in groups that can number more than 100.” 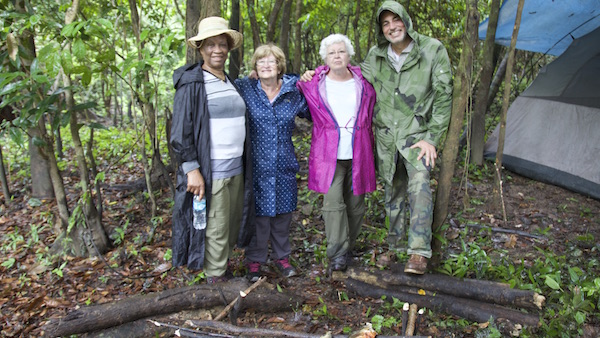 How do Baz and Joy handle the waters occupied piranhas? Better yet, how does this experience compare to their Peruvian lunch that’s main course consists of guinea pig? What’s more, are these odd encounters with animals less scary than paragliding high in the sky?

How did the mammies make it through Peru?

You can find out by watching “50 Ways to Kill Your Mammies” (Monday, March 5 at 8pm ET/5pm PT) as Baz, Nancy, Joy and Grace throw caution to the wind in Peru.

Previously on “50 Ways to Kill Your Mammies” (Monday, March 5 at 8pm ET/5pm PT), the gang braved rappelling alongside a giant waterfall in Costa Rica. You can watch this episode below!