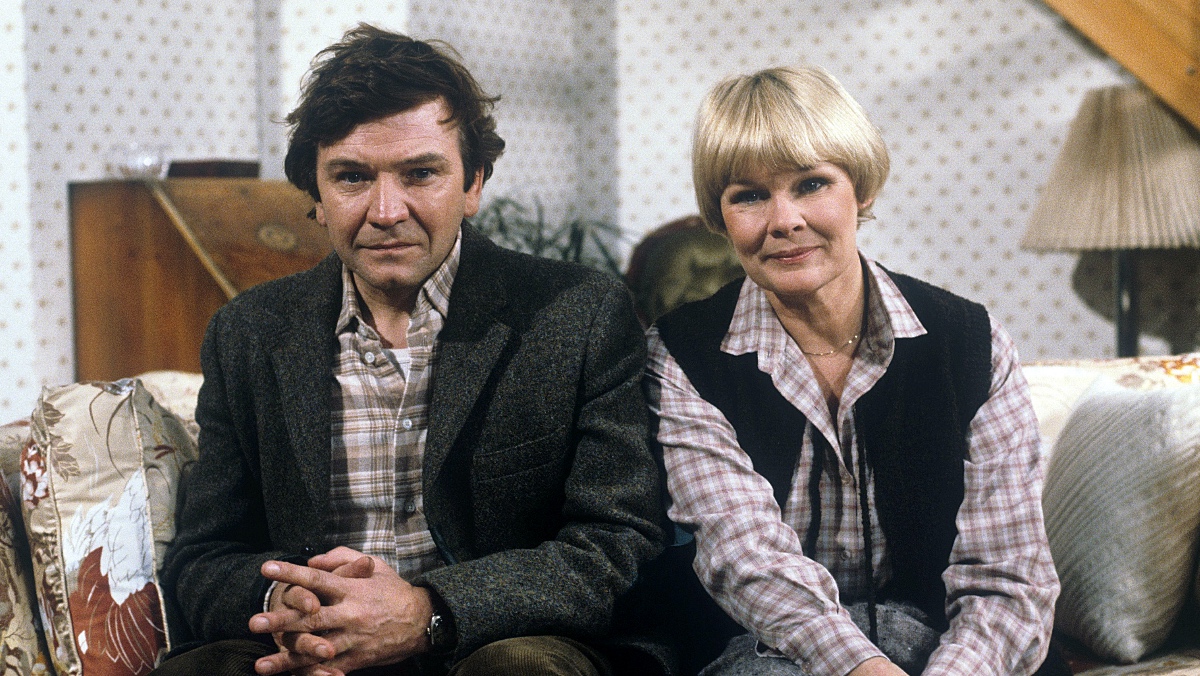 One of VisionTV’s newest additions to our fall lineup is the hilarious British comedy series A Fine Romance starring the one and only Dame Judi Dench, and her late husband Michael Williams.

Originally aired in the UK for 4 seasons starting in 1981, the series follows the unlikely romance between Laura Dalton and Mike Selway, both middle-aged and keenly uninterested in being set up on a date. But thanks to Laura’s sister Helen and her husband Phil, Laura and Mike are forced together. Do sparks fly? More like the exact opposite. They can’t stand each other, but pretend to get along to keep Helen and Phil off their backs. 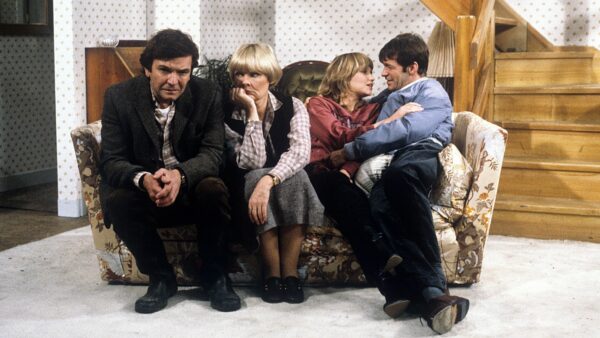 When they first meet, both characters are kind of a mess; lacking in social skills, dealing with personal insecurities and career struggles. But with an undeniable chemistry (thanks to their real life romance), the couple can’t seem to avoid awkward, infuriating, and hilarious situations as they navigate their not-so-fake relationship. The Oscar winning actress shines as the harsh but lovable Laura, who’s met her match with the shy yet quick-witted Michael. With its hallmark brand of razor sharp British humour and endearing sweetness, A Fine Romance will melt your heart and keep you in stitches. 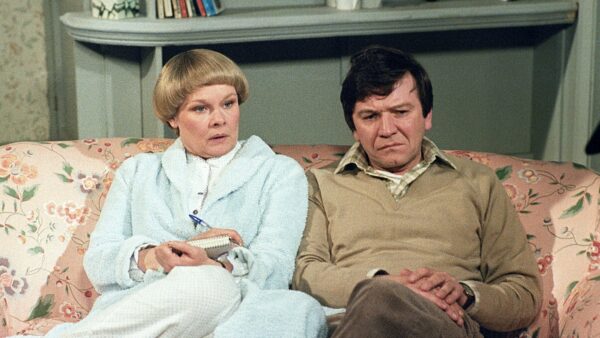 “People expected us to be like Laura and Mike, though we are nothing at all like them!” said Judi Dench. “But we do have respect and admiration for each other, and a kind of shorthand which helps us.” 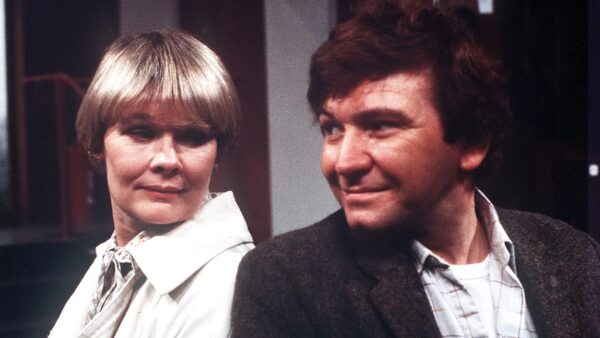 The married couple worked together several times on stage years before the series, and Williams was known to downplay his own acting abilities next to his talented wife. “I never feel inferior as a person,” he said. “And there are some things I can do a damn sight better than Jude.”

After being married for 30 years, Dench lost Williams to cancer in 2001 and has since found a new partner in conservationist David Mills. She’s spoken openly about the difficulties of grief and her enduring love for her late husband. “It changes who you are altogether, I think,” said Dench. “Because it’s like you’re walking along, and suddenly you’re not looking and there’s an enormous chasm in front of you.

“I have met David, who runs the British Wildlife Centre, and he’s about four miles away, and that’s just lovely because we laugh about the same things. But I suspect I shall never, ever get over Mikey.”

While A Fine Romance turns the clock back almost 40 years in her career, Dench, now 85, rejects the thought of retirement. When asked how she feels about it in a recent interview for Vogue, the much loved, multi-honoured icon said, “No, no, no, no. Don’t use that word, Giles. Not in this house. Not here. Wash your mouth out!”

You can catch the magic of A Fine Romance every Tuesday at 10pm ET!