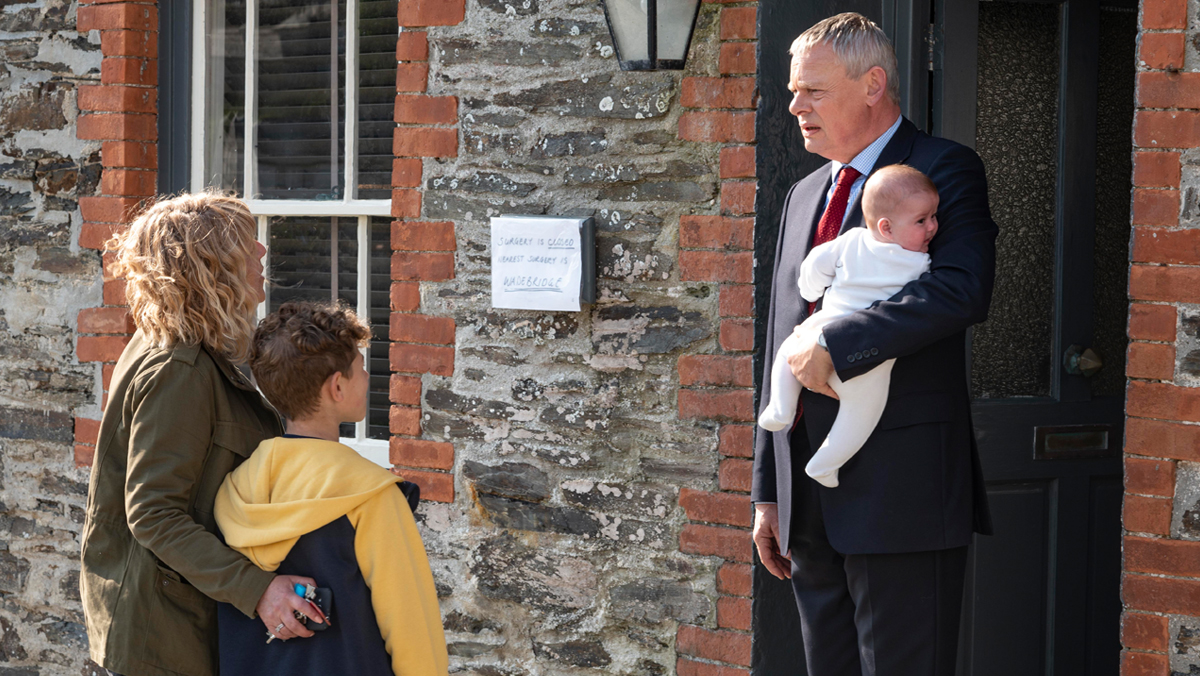 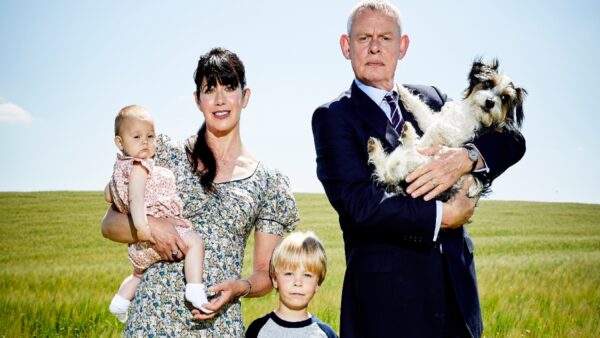 At the end of the last series the Doc decided, after having his medical career scrutinised by the General Medical Council because of his blood phobia, that he would resign from being Portwenn’s GP.

This final series sees the Doc making efforts to overcome his phobia, and beginning to question whether he made the right decision about resigning. He and Louisa have also welcomed a baby daughter, Mary Elizabeth, a sister for four-year-old James Henry.

With Louisa pursuing her new career as a child counsellor in his old surgery, the Doc is left literally holding the baby, and indulging his hobby of repairing clocks on the kitchen table. But does he really want his old job back?

Martin Clunes shines in his role as Dr. Martin Ellingham, the GP with a brusque bedside manner and a phobia of blood, in the enormously successful dramedy produced by Buffalo Pictures and set in the idyllic Cornish hamlet of Portwenn.

Until then, enjoy our encore presentation of classic Doc Martin episodes every week now on Thursdays at 10pm ET /7 PT.

Martin Clunes returns to Cornwall to play the nation’s favourite grumpy medic for the last time in the final series of the hugely successful ITV drama Doc Martin.

He stars as Dr. Martin Ellingham, the GP with a brusque bedside manner and a phobia of blood, in eight new episodes of the popular drama produced by Buffalo Pictures, and set in the idyllic hamlet of Portwenn in Cornwall.

Picturesque Port Isaac provides the beautiful backdrop for this tenth series, with all the regular members of the cast reprising their roles.

Caroline Catz plays Doc Martin’s wife, Louisa Ellingham, who resigned from her job as headmistress at the local school to pursue a new career in child counselling.

The life of the curmudgeonly GP, and his on-off love affair, and eventual marriage to Louisa has won millions of fans in the UK and around the world since the first series aired in 2004.

The huge popularity of the ITV drama has brought thousands more tourists to the pretty hamlet of Port Isaac, and the surrounding areas of the north coast of Cornwall to see where the series is filmed. This boost to tourism was recognised by Cornwall Tourism which presented a special award for outstanding contribution to tourism to the Doc Martin team.

Over the years Buffalo Pictures has made regular contributions to Port Isaac’s village funds. The funding has been used by the villagers to help and support a range of local facilities.